It’s now been four decades since George Lucas and Steven Spielberg teamed up to bring Indiana Jones to movie screens. Inspired by early 20th century film series, this character was designed as an American alternative to James Bond.

Indiana Jones has been a huge global phenomenon since its launch in the early 1980s. The stories of the intrepid archaeologist have inspired legions of viewers around the world. The franchise was not only a huge box office success, it also helped cement Harrison Ford’s position as a leading actor in Hollywood. While we wait for the fifth edition of Indiana Jones to be released, it’s time to revisit the four Indiana Jones films. We’ll take a look at the merits and flaws of each entry in this franchise.

Introducing the character of Indiana Jones

When viewers first encountered Indiana Jones in 1981, they discovered an adventurer passionate about archeology. The latter teaches under the direction of Professor Marcus Brody, played in a hilarious way by the great actor Denholm Elliot.

Dr. Henry Walton Jones is better known as Indy. But during World War I he used the name Henry Defense and other aliases. He married at least twice, and had a son and a daughter.

Produced by George Lucas and directed by Steven Spielberg, the series featured Harrison Ford as Jones. The latter has become a prototype of the adventurer character in modern fiction. Jones’ great love is actually adventure and collecting rare artifacts. Throughout his career, Jones found many famous mythological artifacts. Including the Sankara Stones, the Ark of the Covenant, the Holy Grail and Akator’s Crystal Skull. These discoveries often brought him into conflict with various groups around the world.

He is called in by the U.S. government to prevent Hitler from retrieving the Ark of the Covenant, where the stone tablets that Moses collected and which contain the Ten Commandments are believed to reside.

He has several distinctive features and traits. He wears a whip, a brown fedora and a leather bomber jacket. Jones is also recognizable by a horizontal scar on his chin, and his fear of snakes. The Last Crusade explains the hat, the whip, the fedora, the fear of snakes and the scar.

Another unique characteristic of this character is his dislike of Nazis. The third film refers to it again.

In addition to the Indiana Jones films, Spielberg launched the Young Indiana Jones television series which ran from 1992 to 1996. Jones also inspired rides, comics, and novels chronicling many of his adventures.

The ‘Indiana Jones’ Movies Ranked From Worst To Best

The new and fifth film in the Indiana Jones franchise is due out in 2023, and it may well be the last. Although we don’t know much about the plot or the setting, we do know that the director of the previous films, Steven Spielberg, is replaced by James Mangold, a director known for his emotional films. As such, it’s highly likely that the fifth film will be more poignant than its predecessors, meaning a satisfying ending will bring this glorious franchise to a close. In the meantime, you can satisfy your Indiana Jones craving with this ranked list of all Indiana Jones movies.

The Kingdom of the Crystal Skull

Indiana Jones has always been a high adventure film using the best possible effects to put our hero in the greatest danger. But the 21st century movie, Kingdom of the Crystal Skull, already lacks realism when incongruous CG effects appear. This is felt throughout the film, starting with Shia LaBeouf swinging on vines with animated monkeys, or even a swarm of weightless computer-generated ants dragging communist soldiers to their deaths.

As dummy as some of the insects in the Temple of Doom may have looked, they weren’t. less tangible in relation to the actors. This character contributes greatly to carry the public in the adventures of Indiana Jones. Also, the overreliance on CGI is just one of the many issues that plague the fourth Indiana Jones film.

Even Cate Blanchett can’t make Irina Spalko interesting, while John Hurt loses interest in the role of a walking, talking clue giver. The only character dynamic worthwhile in Crystal Skull is the one between Indy and Marion. “Uninteresting” is the key word in Crystal Skull, from the story to the characters to the setting elements. Too bad, because Indiana Jones is one of the most remarkable heroes of the screen.

Spielberg and Lucas developed Temple of Doom after the success of Raiders of the Lost Ark. They intended to make a darker film and very different from the first adventure. Lucas anchored this idea in how he approached The Empire Strikes Back as the darkest entry in the Star Wars trilogy.

Spielberg opens the film with a musical number worthy of Busby Berkeley, followed immediately by a heart-pounding confrontation and shootout between Indy and Lao Che. But the first clues that suggest a path strewn with pitfalls appear with nightclub singer Willie Scott, played by Kate Capshaw.

Choosing Willie Scott to replace Marion Ravenwood, Indy shares the screen with a boring, dull, maddeningly self-centered character. Again, the intention behind Willie Scott was good. But the execution leans far too much on the damsel-in-distress side, with Willie screaming and stamping like an angry child for most of the film. And while his romantic interactions with Indy are meant to evoke the tone of classic comedies, they more often than not fall flat.

While Adventurers reflects the best of James Bond’s influence, Temple embraces some of this franchise’s worst tendencies when it comes to the hero/love interest dynamic.

The Temple of Destiny is far from being a bad movie. The trap sequence on the way to the temple is among Spielberg’s most effective pieces, and the car chase over the mine in the finale was suspenseful. 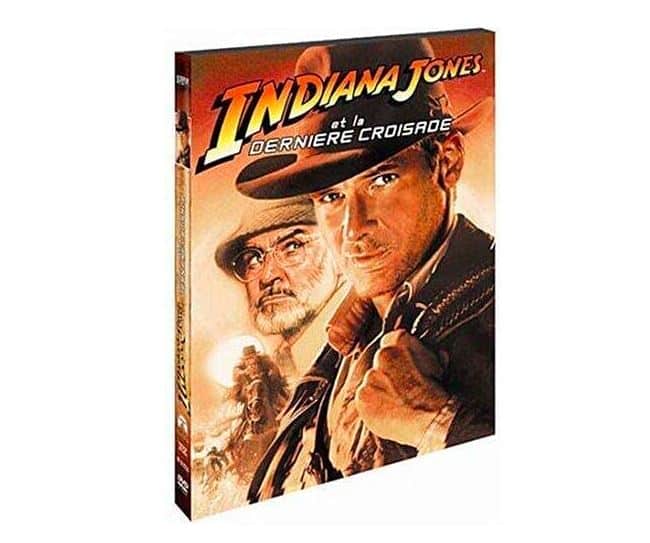 What’s special about Indiana Jones and the Last Crusade is that it’s almost a stealth origin story. It’s believed to be Indiana Jones’ next adventure, but in fact, the entire film tells the audience where Indy is from and why he is the way he is. The film literally begins with Young Indy, as Spielberg channels his love of Westerns with suspense that runs through the foundation of some of Indy’s signature traits. All this amidst an elaborate and supremely entertaining chase sequence.

The Last Crusade is the movie franchise’s most ambitious. Spielberg and Lucas send their hero on a global adventure to retrieve a new, all-important religious artifact. But the adventure is, for all intents and purposes, just window dressing. The heart of the story lies in the fact that Indy renews and accepts his relationship with his father, played by Sean Connery, the James Bond himself.

The dynamic between Ford and Connery is wonderfully executed. They are combative without being mean. Despite their distance, they assume the roles of dominant and submissive in the most subtle way, often evoking the whole relationship with a single glance.

The Raiders of the Lost Ark 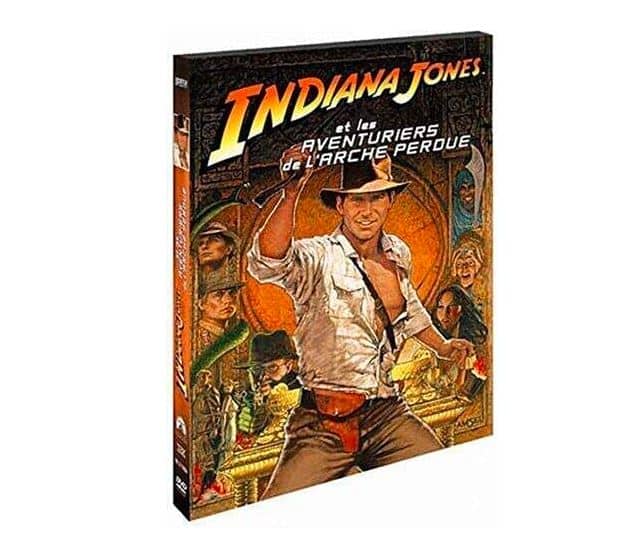 Admittedly, The Last Crusade is the best movie in the Indiana Jones series. However, Raiders of the Lost Ark, thanks to its finesse and cinematic quality, beats it. There is not a single false note in Spielberg’s film, a high-spirited adventure film. Karen Allen’s Marion Ravenwood is just as compelling as Indy himself, but it’s not an attempt to create a female copy of the eponymous hero. The chemistry between the two is a driving force in the film, as is Ford’s mix of moxie, smarts and luck that brings Indiana Jones to life.

What makes Jones a unique action hero is that he is always somewhat overwhelmed by events. He didn’t plan everything 30 steps in advance. His improvised attitude makes the trip even more enjoyable, because the viewer does not necessarily have the impression that Indiana Jones can survive everything. He succeeds, but it doesn’t take long. The iconic image of Indy always reaching out at the last moment to grab his hat isn’t just smart, it’s indicative of Indiana Jones as a whole. He comes out of it in one piece, but often by the skin of his nose.

How to Watch Indiana Jones Movies in Chronological Order?

Steven Spielberg and George Lucas made a decision resulting in a chronological break in the script. Therefore, the film does not follow the timeline of events if viewed in their release order. For example, the second part is a prequel to the first. Of course, it is possible to watch the films in the order of their release date. However, it is fun to trace the history of Indy chronologically, which we detail below.

The Cursed Temple. Released in 1984, this is the second movie of Indiana Jones, but he’s actually the first in the timeline. Set in 1935, the film opens in Shanghai. Ford’s adventurers escape Chinese gangsters after a treasure exchange goes wrong. From there, the action moves to India, where Indy fends off an evil cult that practices human sacrifice and child slavery.

Released in 1981, the adventurers is the very first opus of Indiana Jones to be published, but it is set in 1936, making it Indy’s second adventure chronologically. During this film, Indy faces off against the Nazis, his most hated group of enemies, in a race to find the Ark of the Covenant. This golden chest contains the Ten Commandments and is rumored to grant invincibility to any army that wields it.

The Last Crusade is set in 1938. Once again, Indy is engaged in a race against the Nazis in search of the Holy Grail. It is actually the legendary chalice that figures prominently in Christian iconography and Arthurian myth. The Holy Grail may be the goal of the film, but what Indy is really looking to uncover is a new relationship with his father, Henry Jones.

In the Kingdom of the Crystal Skull, Indiana Jones was imprisoned by Russian agents commanded by Irina Spalko. They forced him to search a secret American warehouse to find a mummy. The in-universe timeline is moved forward that many years, to 1957. The Cold War-era Russians replace the Nazis as the villains. And Indy goes in search of the fabled Crystal Skull, a mysterious artifact that may be linked to otherworldly beings.

Indiana jones: classification of films and the right order to watch them